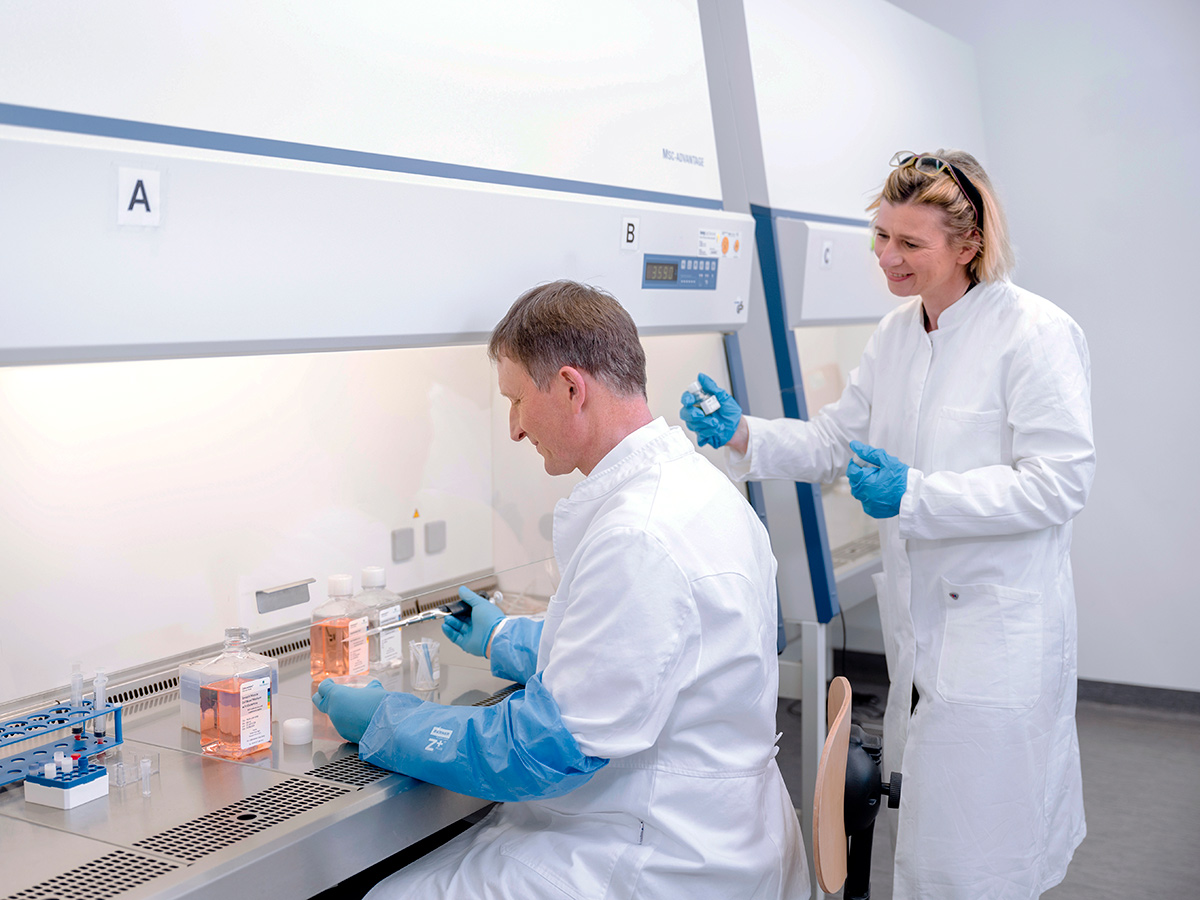 The first Development of a Lung Adipose Tissue Model and corresponding defined medium by PELOBiotech.

Cell culture specialist PELOBiotech GmbH is collaborating with Hochschule Reutlingen to create a novel lung adipose tissue model to study diseases such as obesity and their risk factors. To obtain the correlations between obesity, lung diseases and thus also COVID-19, a defined medium will be developed and tested for the first time in this project, which is initially scheduled for 2 years.

“With this, we are taking research in this field to a completely new level,” says Dr. Lothar Steeb, CEO&CSO of PELOBiotech.

The proportion of morbidly obese people (obesity) is increasing rapidly worldwide. Especially in industrialized countries, the prevalence has doubled in the last 20 years. In Germany alone, according to a study by the OECD/European Observatory on Health Systems and Policies, two-thirds of all German men and more than half of all German women are overweight, and almost a quarter are even obese, numbers are rising. Obesity is already associated with the occurrence of many other diseases, such as cardiovascular problems. However, the exact relationship between obesity and lung diseases is still unclear: on the one hand, obesity predisposes people to certain lung diseases such as asthma, and on the other hand, lung diseases are influenced by obesity. A lung adipose tissue model adapted to these factors can determine the exact processes in the body in more detail, and with the help of a defined medium, the individual, decisive factors can be examined. The advantage of a defined medium is precisely to create a defined environment for fat cell growth. “Our goal is to eliminate the black box that occurs with undefined conditions, and thus with serum-containing media,” says Dr. Lothar Steeb, CEO&CSO of PELOBiotech. Due to growing demand, PELOBiotech is increasingly developing and marketing more xeno-free and defined media. “To make scientific projects even easier to handle and results even more meaningful “, says the long-time cell culture specialist.

PELOBiotech GmbH offers one of the world’s largest portfolios for leading research groups from academia, clinical and industry in the field of primary cells and special media. Based in Martinsried at the IZB, the animal & human cell culture specialist was founded by Drs. Lothar Steeb and Peter Frost in 2012. As a frontline scientific company, it has been supporting renowned universities and colleges in so-called cooperation projects for many years: Within the framework of a project of the Bavarian Research Foundation, for example, PELOBIOTECH deals with oncological issues, while projects with various universities focus on the mutual influence of mesenchymal stem cells (MSCs) and tumor cells to derive new therapeutic approaches.